Get rid of the cookie-cutter! An article that expl

This time we talk about how to quickly make PPT about the timeline.

Timeline is a particularly common scenario in PPT production, because it needs to be used whenever it involves company development, project history, product planning, personal progress, or team direction.

So I saw all kinds of strange timeline type PPTs, as if the Eight Immortals crossed the sea and showed their magical powers.

There are those who use the Smart Art tool directly (yes, Smart Art also has a timeline function):

Or a set of templates is also a popular way for children who are tortured by PPT. Download a lot of such templates from the Internet. If there are dozens of sets in the computer, I am embarrassed to say that I am doing PPT: 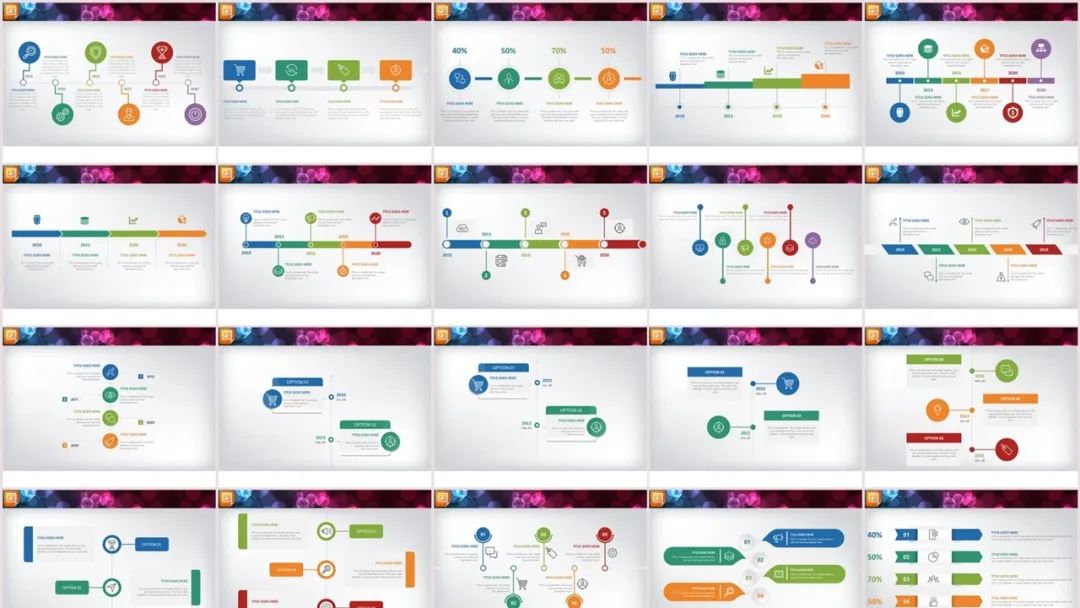 If you use such a template to directly apply it, your timeline will look like this:

There are even classmates who directly put the text on it, and add a time in front of it: 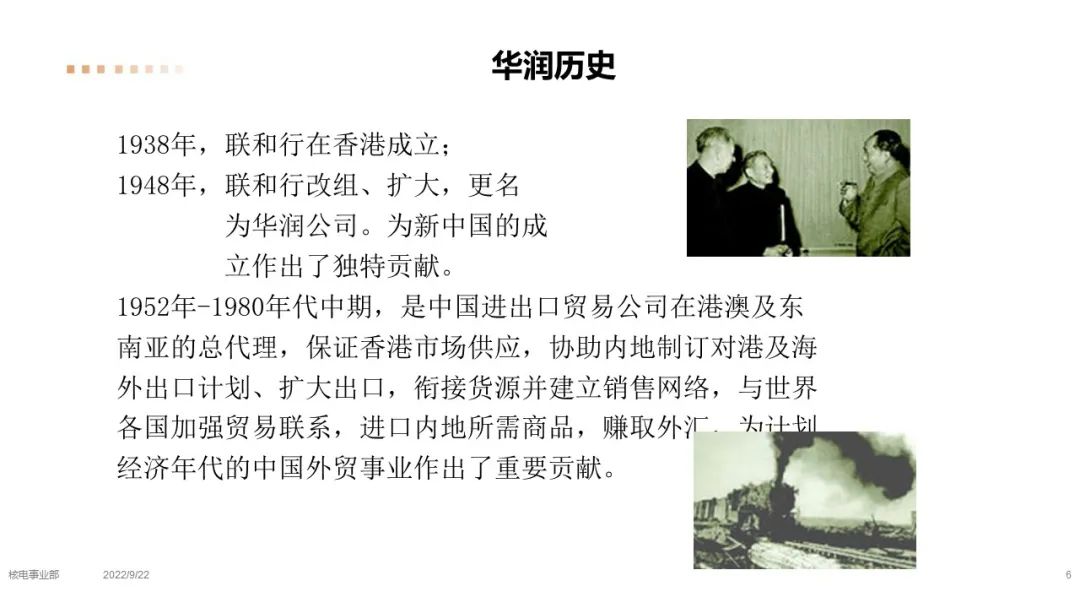 In fact, the timeline is the most colorful page, because the logic is clear and the structure is simple. It is such a good opportunity to show your excellent PPT technology in front of the boss. It is a pity that many small partners give up treatment, so how to make a page to let the boss for the boss What about the timeline PPT you applauded?

In fact, many small partners think the production of the timeline is complicated, and it often occurs that the more careful and uglier the situation is, using various templates and adding various effects. The easiest way is to simplify the complexity, just draw a straight line, and use a circle to represent each time node (we take the content of the above case as an example).

If it is stressful to place the text on one side of the straight line, you can also try to arrange the text at the top and bottom:

Although such a PPT looks very simple, it does not lack a sense of advanced.

The so-called "Road to Simplicity", in fact, often does not require too complicated elements, and it can also display the things that need to be expressed.

The most important thing is that it is very simple to do, just draw 6 equidistant circles.

So the question is, how to quickly draw 6 equidistant circles?

Are you aiming with your eyes?

In fact, PPT has also set up such a function for everyone, you can set it in the arrangement-alignment-horizontal distribution in the menu bar.

If you want to be more vivid for the above effect, then it is not impossible to add some pictures. With a picture that echoes the content, the entire page will be more layered. 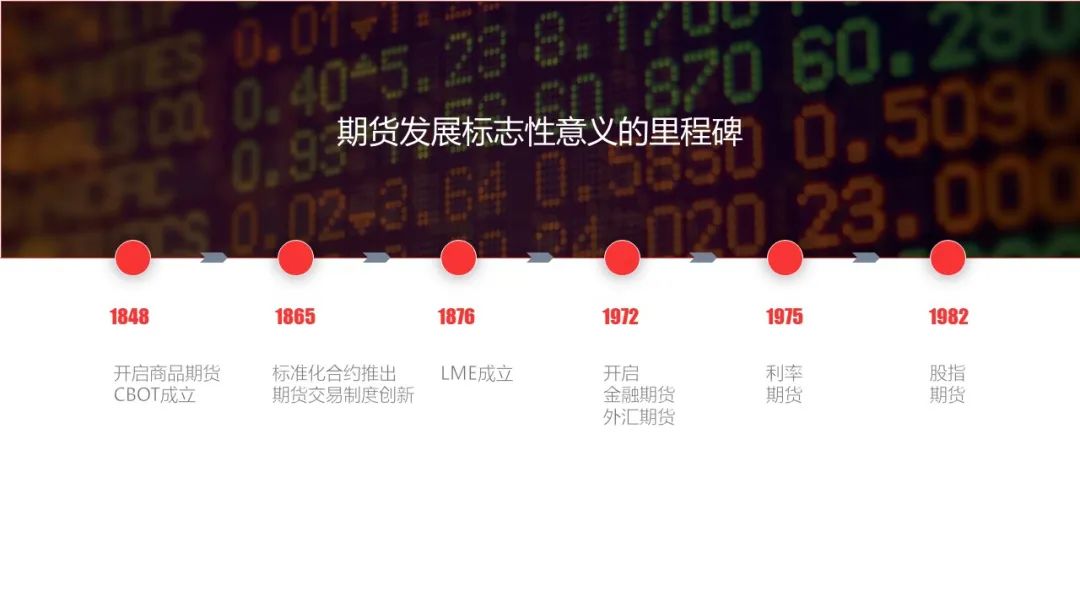 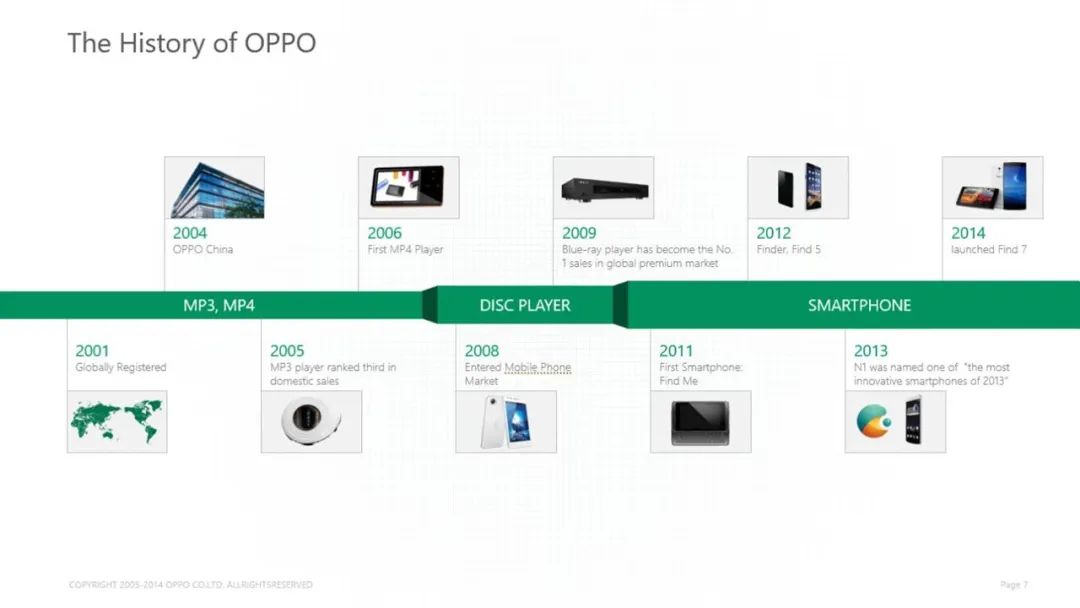 Another example is that the timeline is placed at the bottom, and the information is arranged in a staggered manner:

For example, if there are too many timeline nodes (such as more than 10), what should I do if one line cannot fit?

Then line up a few lines and use curves to make links:

Since there are straight lines, there are curves. Appropriately use curves to represent development changes and twists and turns, and the visual effect will be more impactful than straight lines. If you think the curve is still too monotonous, then you might as well add a picture below, the outline of the picture can just set off the trend of the entire time change. 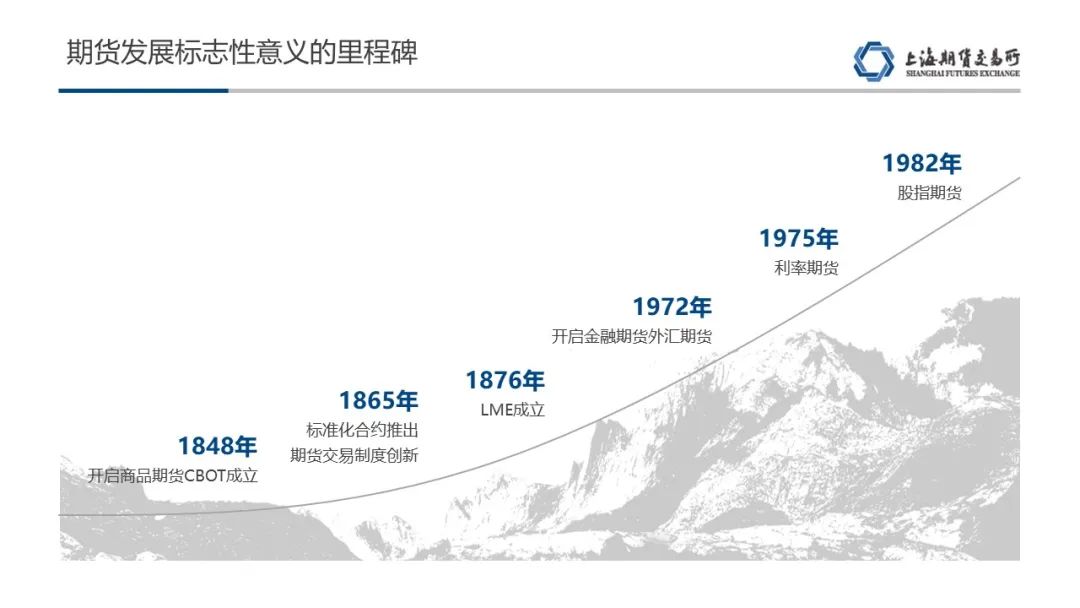 Maybe you have questions, where did such a curve come from?

PPT has a built-in tool for drawing curves, which can easily generate a smooth curve according to the points you set (this function may be difficult to draw a curve for the first time, just try it a few times). 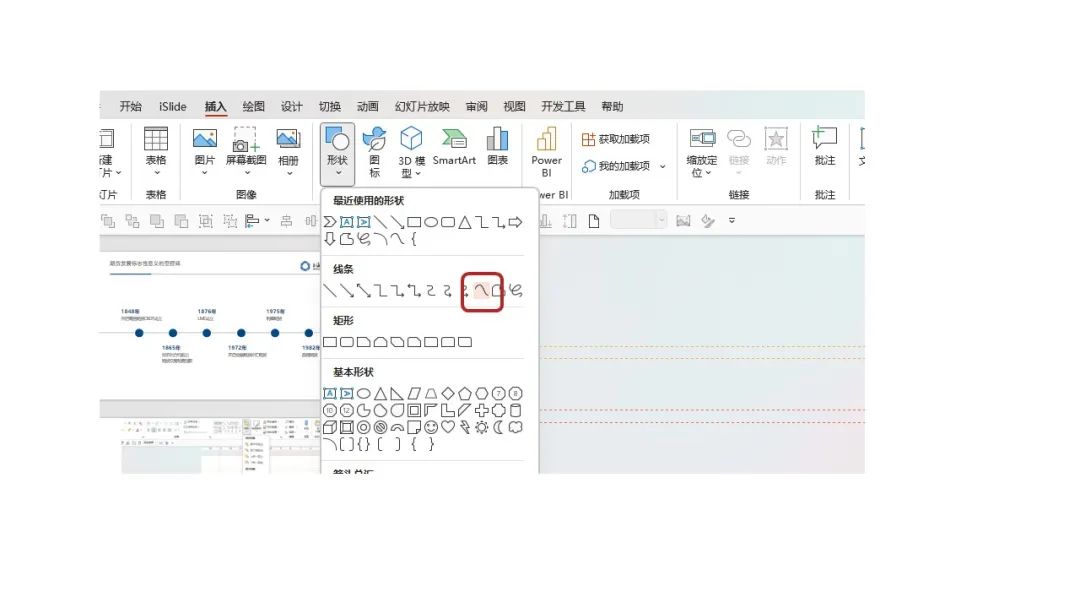 Similarly, we can use the curve to change, and we can easily make the following effects. 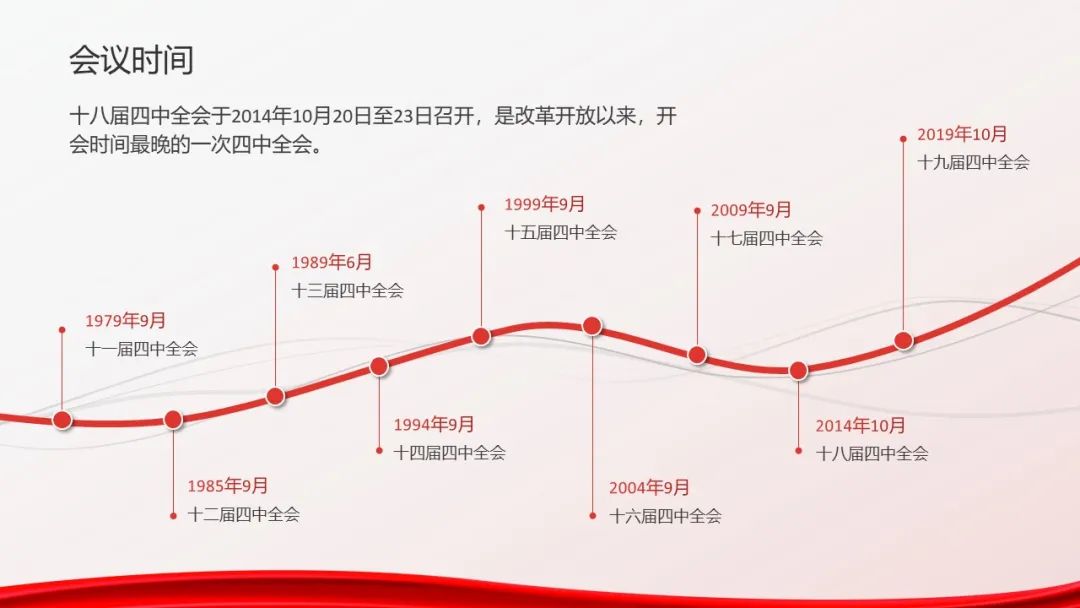 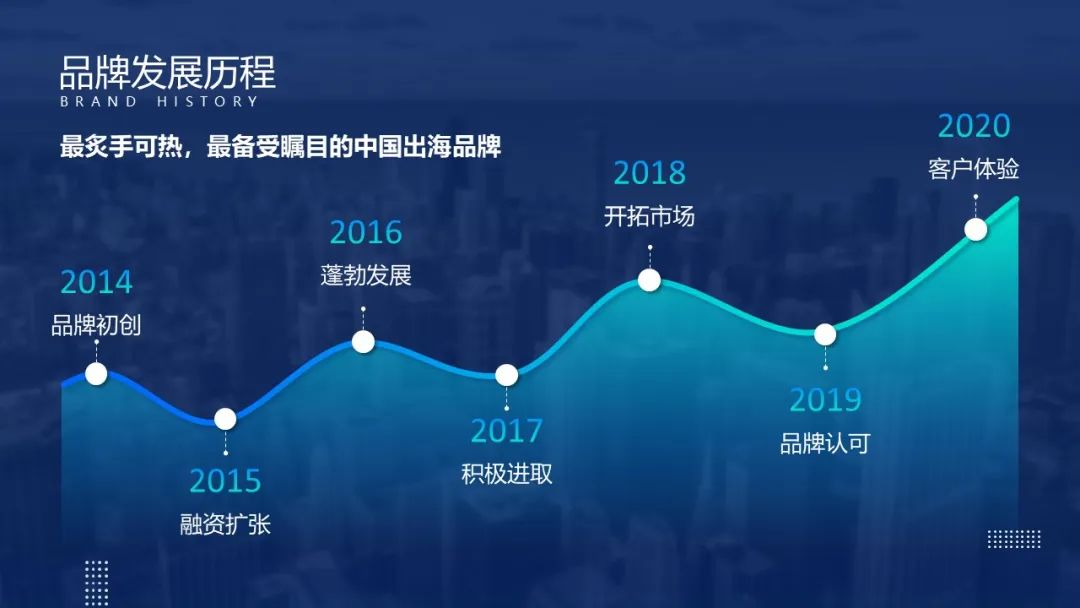 03 With the help of picture outlines

Since I talked about using pictures before, in fact, many pictures have corresponding contextual outlines. It is actually a very clever way to use the outlines to "naturally" embed the timeline in them. 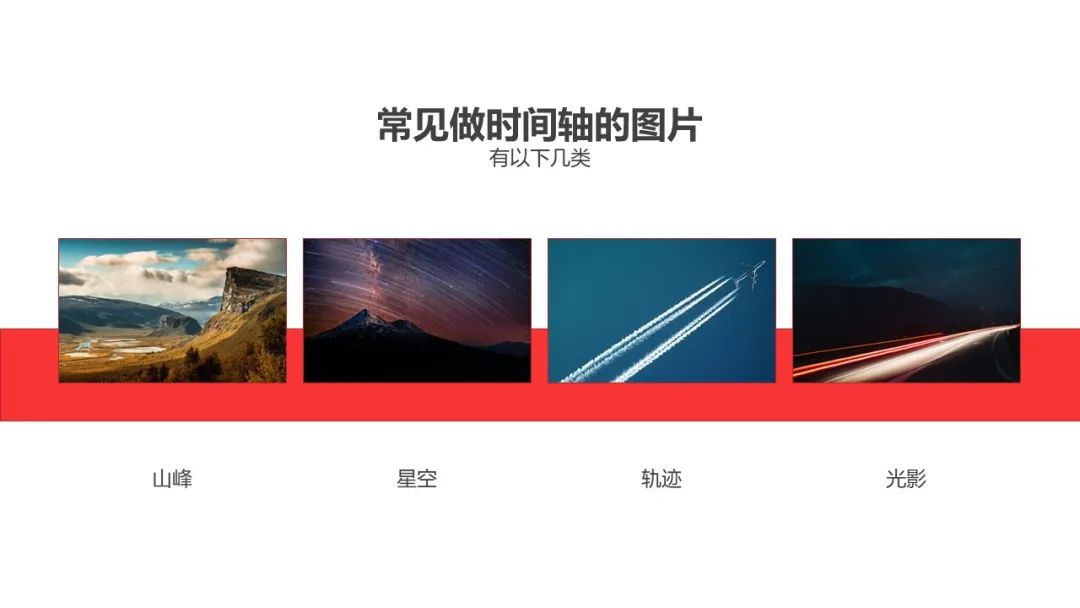 For example, using the original curve of the mountain, we can draw a curve well to draw the following timeline: 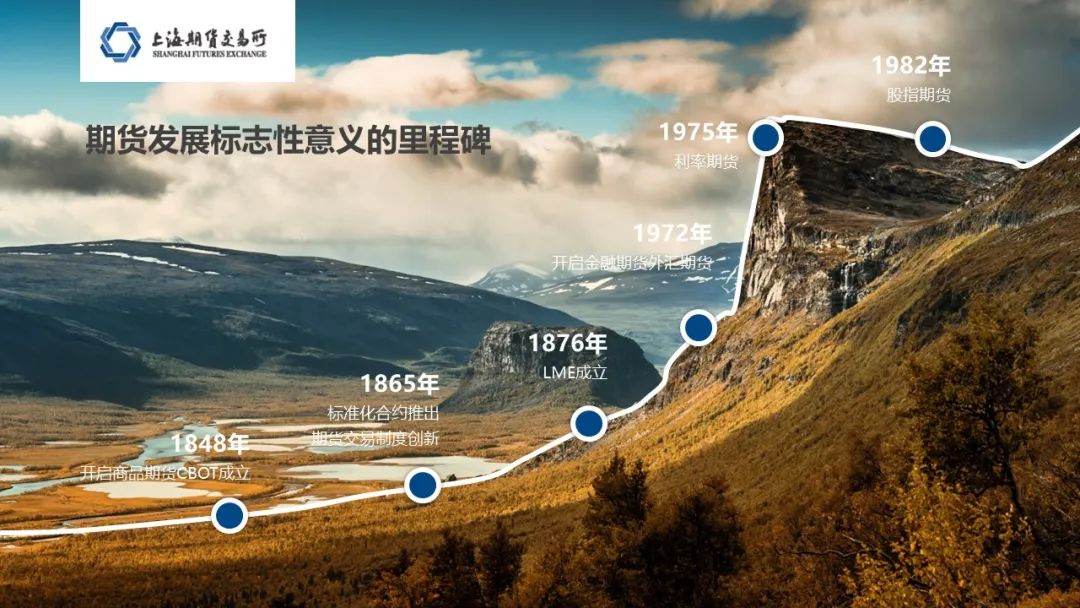 And this curve also uses the PPT curve drawing function mentioned at the beginning (here needs to appropriately increase the drawing points to ensure the fit of the curve and the peak), which can be quickly realized.

Similarly, you can also quickly achieve the following effects: 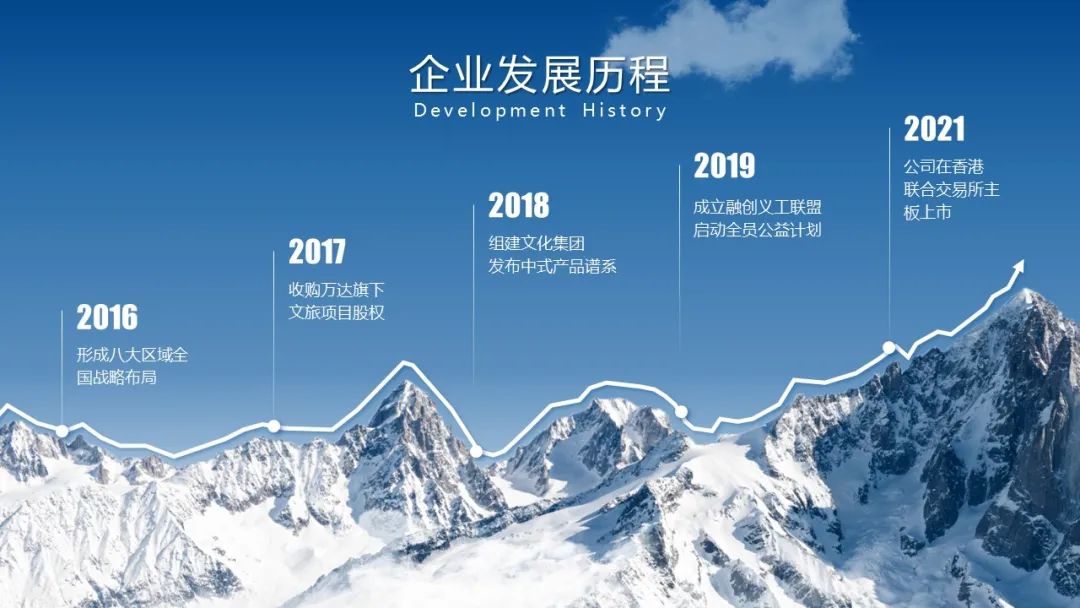 There are many such pictures in the picture library of the iSlide plug-in. You only need to enter keywords such as "mountain peaks", "tracks", and "starry sky" to download them at will. 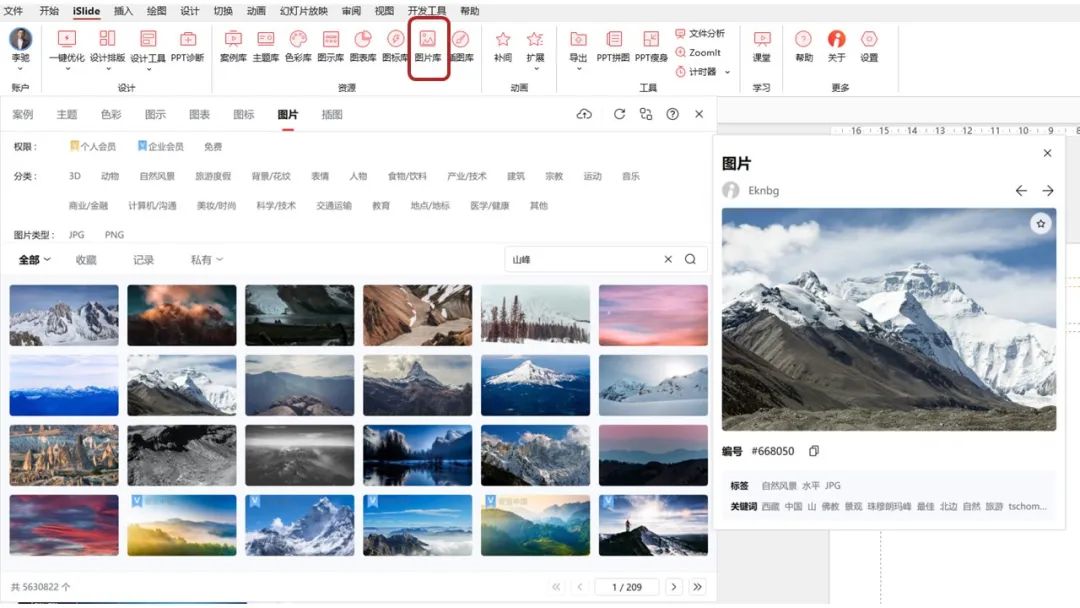 There are so many methods mentioned above, but after all, you need to draw them one by one in PPT. Is there a ready-made "template" for you to apply directly?

The iSlide plug-in has a built-in graphic library function, which contains icons of various logical relationships, commonly known as "templates". 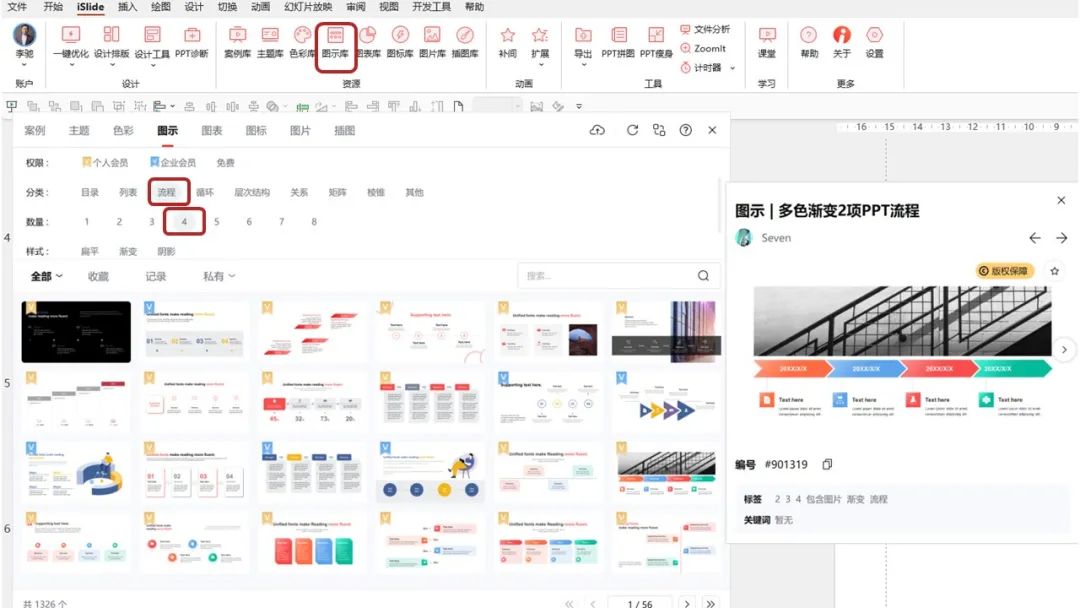 You only need to select the process in the graphic library, then select the corresponding number (that is, if you have several time points, select the number as a few), right-click to download, and you can generate the same as the thumbnail in the current PPT Icons (Users who are not members of iSlide can choose free icons, which are enough for you to use).

Let's take the above content as an example. After using the iSlide icon, you only need to fill in the corresponding content (the copy and paste function does not need me to repeat it?). At the same time, the gray part reminds you that you need to fill in the corresponding picture. At this time, you can find a picture related to the content in the icon library of the iSlide plugin.

The first step is to find the corresponding icon 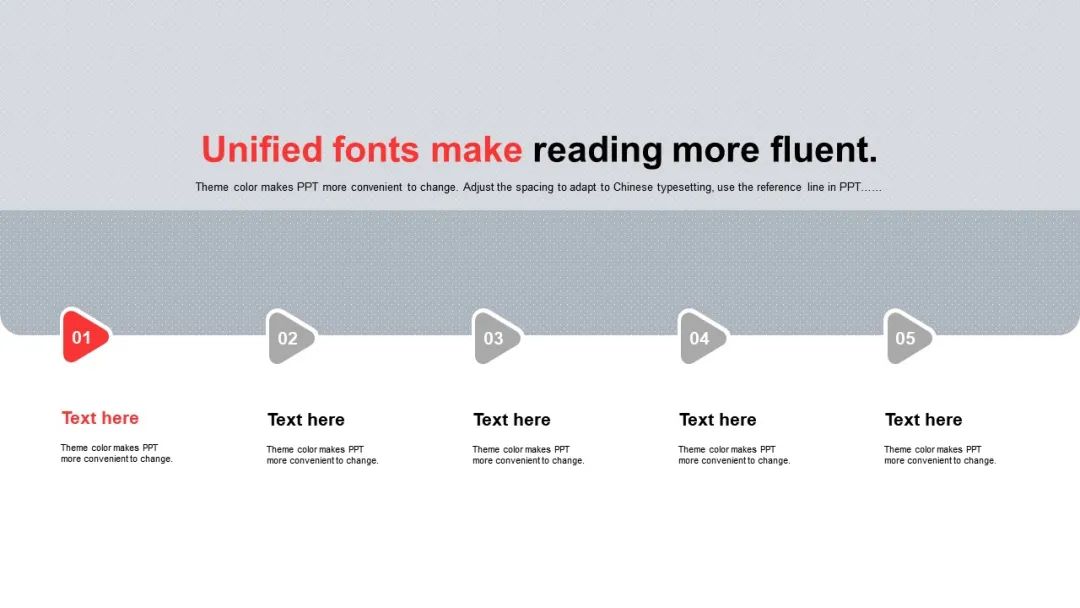 The second step is to fill in the text content 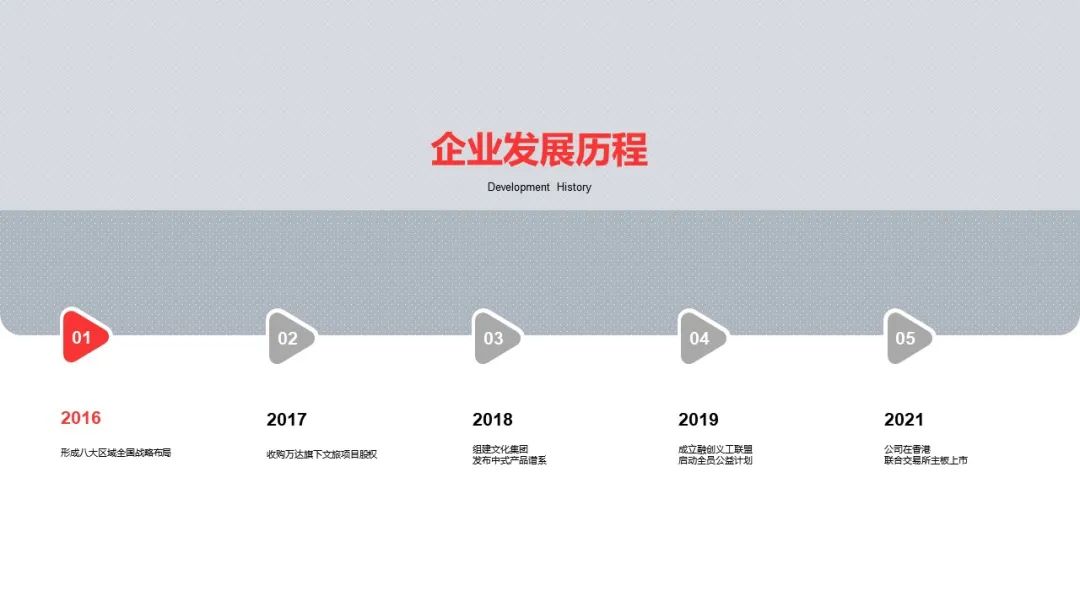 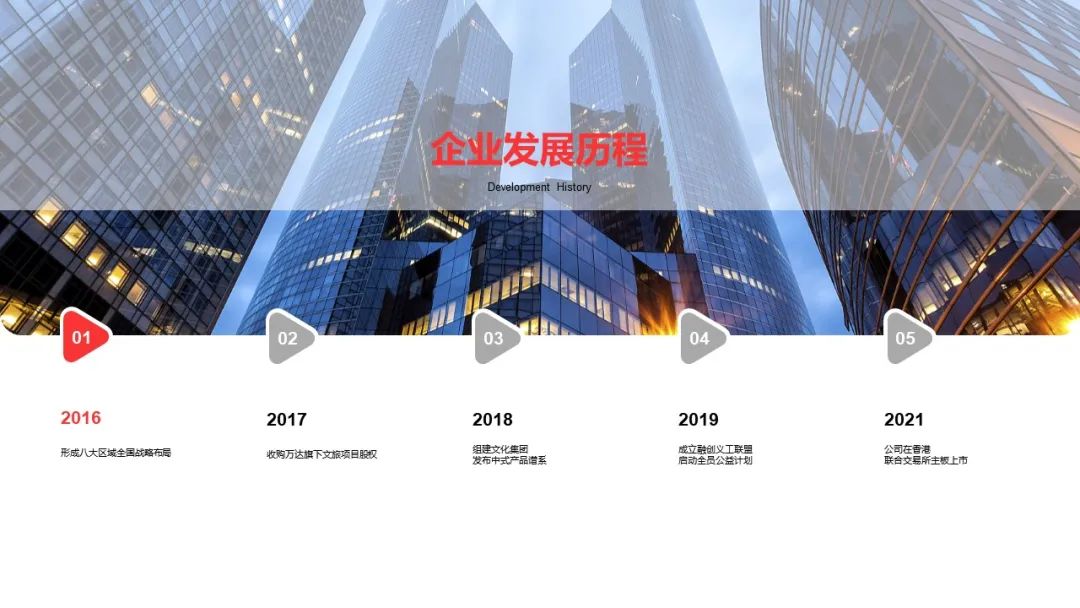 At the same time, you can also search for the keyword "timeline" in the graphic library. There are a large number of cases that you can use. Do you feel like you have found an online treasure trove? 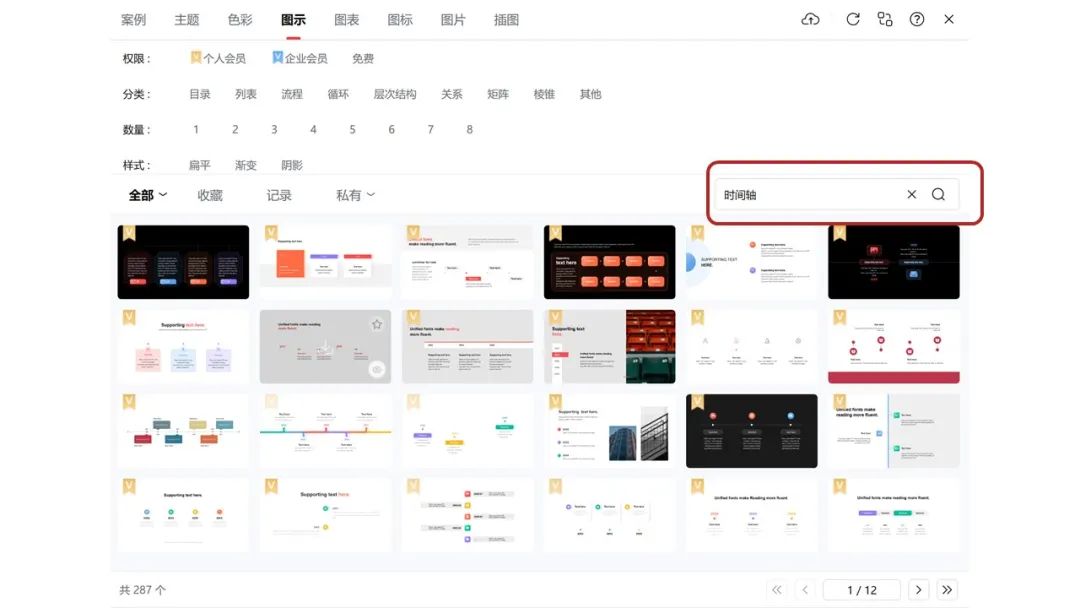